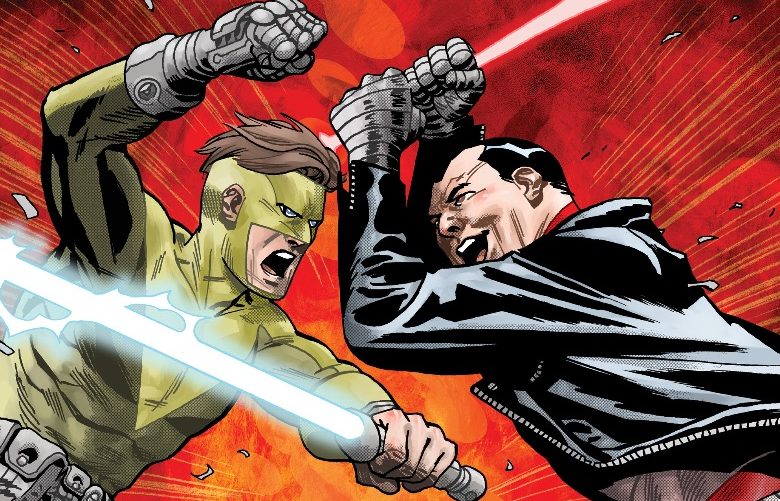 If you want to know what to expect in Skybound’s next ten years, it all starts here with a celebration of the past, present… and the FUTURE! Each issue features a chapter of “Rick Grimes 2000,” the unforgettable story originally introduced in The Walking Dead #75, that reunites the Invincible team of Kirkman and Ottley! Plus, the first appearances of Everyday Hero Machine Boy, Sea Serpent’s Heir and more in this celebration of hit series like Excellence, Manifest Destiny, Ultramega, Assassin Nation, and more!