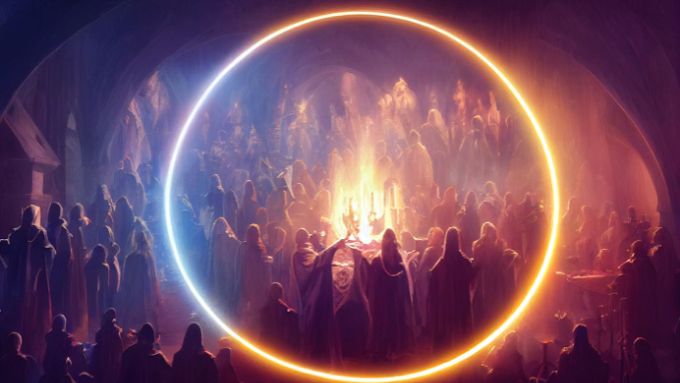 Aggro: Aggro decks want to rush out small creatures to kill the opponent before they can set up adequate defenses.

Midrange: Midrange decks want to play long enough to cast strong creatures and spells, but they won’t use lots of removal and counterspells to do it.

Burn: Burn decks want to bring the opponent’s life total down to zero without using many creatures. Instead, they’ll cast Instant and Sorcery spells that directly damage their opponent.

Stompy: Stompy decks are all about playing big creatures that stomp all over the piddly blockers of your opponents.

Chump Blocker: When your opponent swings in with a massive 7/7 Scoria Wurm and all you have is a 1/1 Vodalian Hexcatcher, your 1/1 creature becomes a “chump blocker” when you declare it as blocking the 7/7 creature. You know your creature will die, but you put it in the way to prevent damage from coming through to you.

Mana Dork: Lands aren’t the only cards that provide mana. Mana dorks are creatures you can tap for mana, just like lands!

Vanilla: Not all creatures feature complicated rules or exciting abilities. Some simply have a name, a mana cost, and power and toughness values. Vanilla creatures have no abilities, which makes them simple to play (if a little less exciting).

Mana Flooded: Sometimes, you can’t seem to draw any cards other than lands! You always want to have enough mana to cast your spells, but you don’t want to have only mana.

Sleeve: Card protection is a big deal in the Magic community. There are many ways to protect your cards, but sleeves are the most common option.

Board Wipe: Some cards kill all the creatures on the board—your opponent’s and your own. These cards are “board wipes,” and they can help reset the flow of the game when things aren’t going well.

Scoop: When a player resigns, it’s known as “scooping.” This is because of their action after quitting—scooping their cards off the table.

Now that you have this beginner’s guide to Magic: The Gathering terminology, grab your favorite deck and head to your local game store—with a bit of luck, you’ll have opponents scooping in no time.