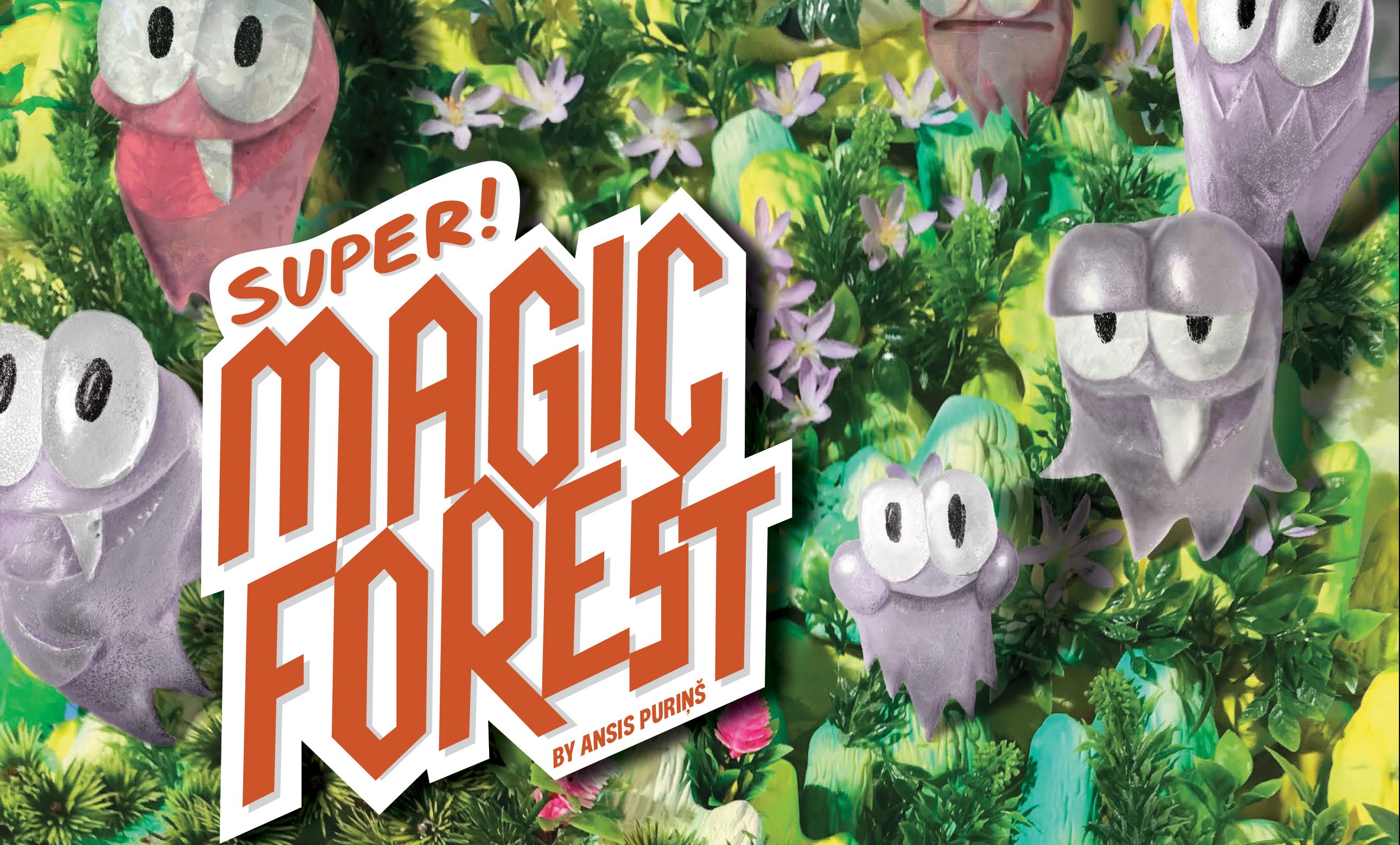 We have a preview to share with you for Super! Magic Forest, written and illustrated by award-winning cartoonist Ansis Puriņš.

This June, Revival House Press is set to release Super! Magic Forest, written and illustrated by award-winning cartoonist Ansis Puriņš. Winner of the Xeric Award and writer and artist of Zombre, a comic zine that tells the story of friendship and struggles between two monsters. Zombre was nominated for a Fanley award and now, Puriņš brings us another magical adventure in the universe of Zombre/Magic Forest that tells the story of Twit Leaf, a berry gatherer who dreams of being a warrior like his grandfather and by circumstance, stumbled into an adventure to return the “glowing box” left behind by humans to the “shadowy Wizard” who happens to reside in the visitor center.

Twit Leaf the Elf’s day job is picking berries in the hot sun. He’d rather be a mighty warrior elf-like his grandpa was. One day he wanders into the picnic area of the Magic Forest and finds a mysterious glowing box that some humans left behind. Suddenly he’s tasked with the heroic quest he always wanted! He is to return the vexing talisman to the shadowy Wizard who resides by the visitor center.

This new 88-page adventure is a full-color adventure that welcomes adventurers of all ages, along with old and new readers. As described in the publisher website,

“Prior reading of previous Zombre / Magic Forest books isn’t necessary for the series.”

Puriņš had this to say of the upcoming adventure in Magic Forest:

“Twit Leaf the Elf is bored because he picks berries for a living. He is envious of the big, tough warrior elves who get to practice with swords all day. Twit Leaf’s big moment arrives when he’s given the keys to the rumbling Slash Panther, the powerful cat-steed that only the bravest of warriors are allowed to ride. These pages show a little history of the Magic Forest, its crazy creatures, and foreshadow its eventual discovery by humans.”

Ansis Puriņš is a first-generation Latvian American who grew up learning of the ancient pagan beliefs and folklore of his parents’ native country that share the belief that forests are a magical and sacred place. During his childhood, Puriņš would spend his time doodling his “magic forest.” This influenced his work on Magic Forest as there is reference to the Latvian magic and nature-leaning stories, poetry and songs that were a part of his upbringing.

Super Magic Forest is set to hit shelves June 15th and is available for preorder from Revival House Press. Visit your local comic shop, or order online from Barnes & Noble or Amazon.

To learn more about Ansis Puriņš and Super Magic Forest, visit supermagicforest.com and follow him on Twitter and Instagram to get inside in the mind of the man behind Super! Magic Forest.

Enjoy this preview of Super! Magic Forest below:

DISCOVER THE FATE OF THE INFINITY STONES IN THE STARTLING CONCLUSION OF INFINITE DESTINIES!