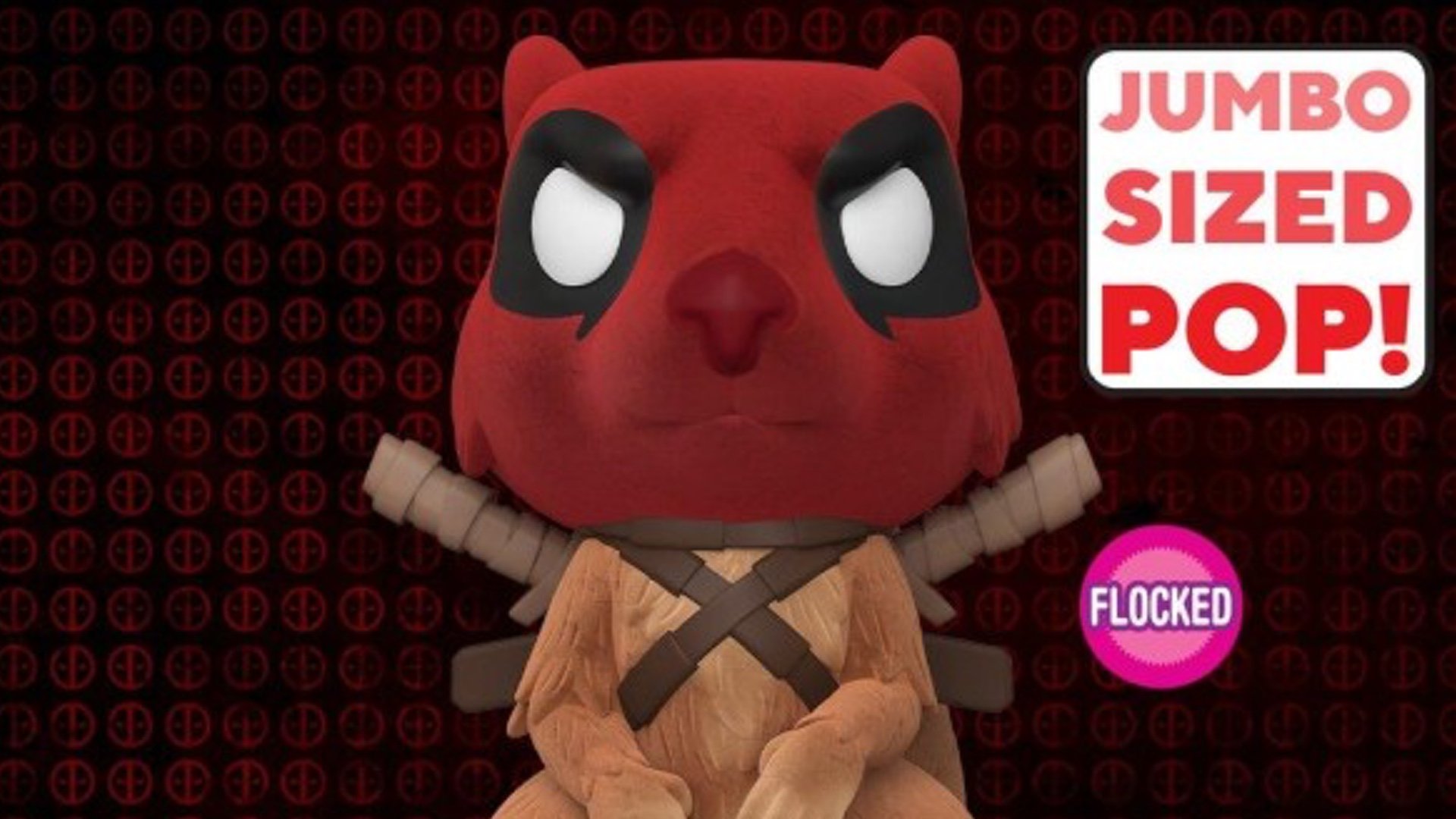 The new Funko POP! Jumbo: Deadpool – Squirrelpool Flocked 9-Inch Funko Pop! Vinyl Figure – GameStop Exclusive is making its way to every Deadpool fan just in time for Valentine’s Day. Like many of Deadpool’s crazy personas or variants, Squirrelpool is big, fuzzy, and a beloved pop-culture character. He was introduced in Deadpool Kills Deadpool #4 by Cullen Bunn and Salva Espin in which would become, sadly one of Squirrelpool’s only appearances.

As part of the rescue squad that was sent to rescue Deadpool from his Evil Deadpool Corps, all it took was one appearance for us to love this little Chip N Dale/Merc with a Mouth mashup. Standing at 9-inches tall with a flocked look. The GameStop exclusive is available for pre-order already with a retail price of $34.99 while supplies last. The Funko Pop figure is expected to ship on February 23rd, 2022.