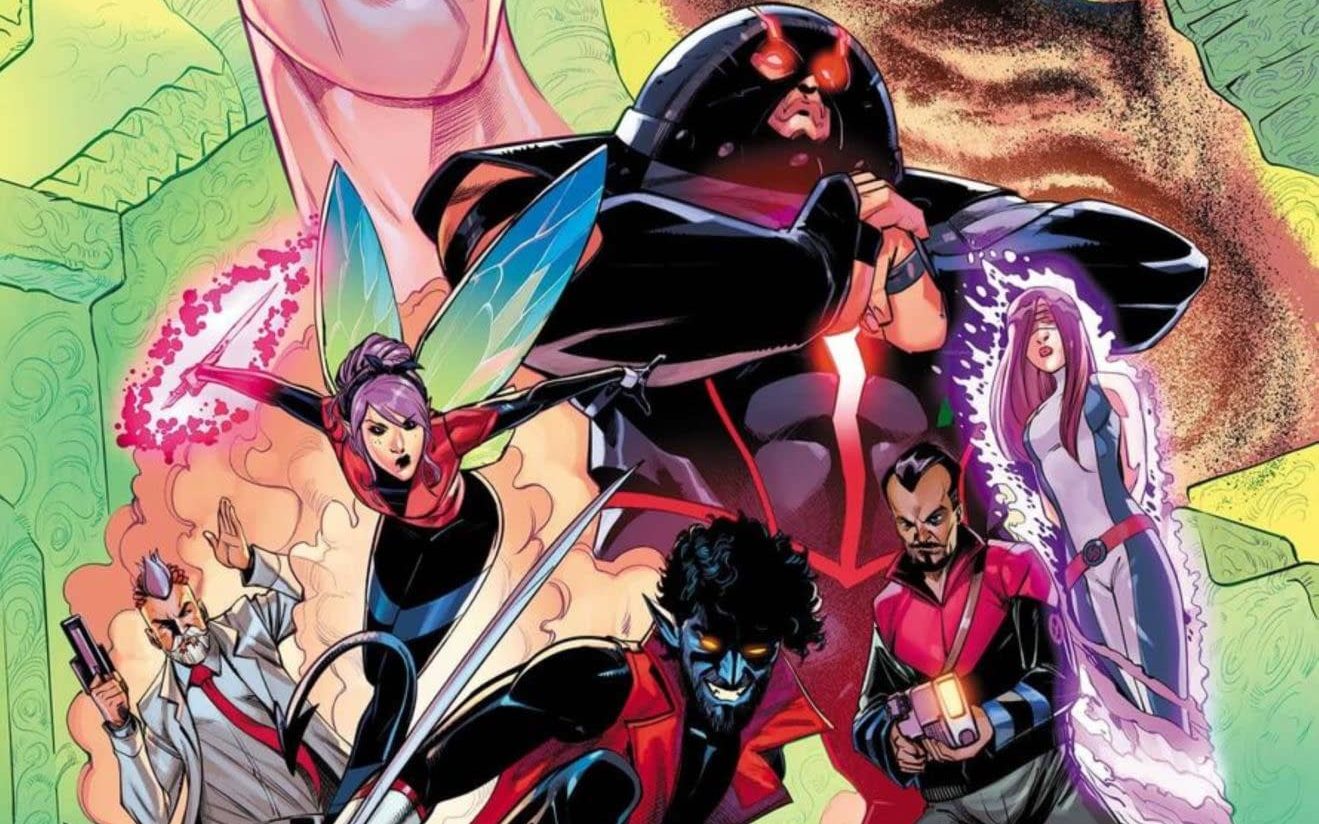 Marvel Comics has announced and shared details of the new Krakoan peacekeeping team Legion of X. The new series comes from writer Si Spurrier and artist Jan Bazaldua. Spurrier penned the recent Way of X series and Onslaught special issue that concluded it. Now the new title joining the lineup for Destiny of X has a team both in the Marvel universe and creatively.

legion of X will focus on Nightcrawler and Legion as they put together a new team with Nightcrawler’s religious ideas of preserving mutant rights to “pursue happiness and hope” in mind that he put forth in Way of X. As we see in the teaser image below, we get a glimpse at what the mission will be for this new team as it reads:

The series was originally announced as the Legionnaires, but with the name change comes the mutants that will round out the cast of the series and that includes Pixie, Blindfold, Juggernaut, and Dr. Nemesis. There are still more mutants to be named at a later time and the team will be working out the psychic plane known as The Altar.

Here’s what Spurrier had to say about his latest X-Men venture:

“For the first time, the Marvel Universe has this densely packed, beautiful (and beautifully volatile) population of superhumans, out in the open, all in one place, it needs peacekeepers, sure… but it’s a mistake to think of them as simply cops,” he continues. “You don’t get far in Krakoa if the limit of your imagination is beating people up or reaching for a gun. Mutant civilization needs those who think differently.”

Spurrier also talked about the new series being a key building block for the next phase in the Marvel Universe and hinted at a major story in the future, saying:

“It’s no exaggeration to say that the events you’ll encounter in Legion of X are dominos being flipped whose chains of repercussions will feed the greatest earthquake in modern comicdom, which is rumbling devastatingly down the pipe towards you even now,” Spurrier warns cryptically.

In Legion of X:

“To remain a mutant sanctuary, Krakoa must safeguard itself against those who would damage its peace or traumatize its people. The lost must be found, and the wicked must face redemption — or retribution. It’s up to the ever-soulful swashbuckler Nightcrawler to keep the spark alive and the omega-level mutant Legion to host a unique team in the psychedelic mindspace called the Altar.

With a host of X-Favorites on the beat including magical young X-Man Pixie, one-man riot squad Juggernaut, the recently-returned and ever-mysterious Blindfold, the X-Men’s resident super genius Dr. Nemesis, and more, the Legion of X will do anything to protect mutants’ right to pursue happiness and hope.

The team will come out of the gate with some of the most intense missions Krakoa has faced to date including a hunt for a missing Arakkii god, a skinjacker possessing innocent mutants, and a villain worth praying for… Prepare to meet these exciting new additions to the X-Men’s iconic rogues gallery as LEGION OF X bares mutantkind’s heart and soul!”

Find out what awaits Krakoa’s new protectors when Legion of X #1 arrives on April 20th, 2022. Check out the cover and preview image below: