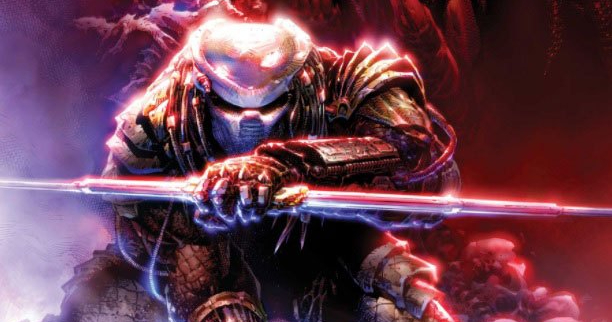 Debuting in June, Predator #1 is written by Ed Brisson (Sheltered, Batman & Robin Eternal, Uncanny X-Men) with art by Kev Walker (Star Wars: Doctor Aphra, Judge Dredd, Marvel Zombies 3). The new series is set a few years in our future – and falls within the continuity of the film series.

Per Marvel, here’s the official synopsis for Predator #1:

Hunt. Kill. Repeat. In the near future, a young girl sees her family slaughtered by the deadliest and most feared hunter in the universe: a PREDATOR. Years later, though her ship is barely holding together and food is running short, Theta won’t stop stalking the spaceways until the Yautja monster who killed her family is dead…or she is.

According to Marvel, Brisson and Walker’s Predator is “a violent, heartbreaking, unforgettable new chapter in the PREDATOR saga,” which bodes well for anyone looking to add a bit of emotion to their Predator stories.

When Marvel’s Predator #1 hits comic store shelves and online retailers on June 9, a plethora of variant covers from Ryan Brown, Philip Tan, Rahzzah, Peach Momoko, David Finch, Inhyuk Lee, Ron Lim, and Skottie Young will be available. If you’re not into variant covers, be on the lookout for the title’s primary cover by Leinil Francis Yu.

Your First Look at POWER RANGERS UNLIMITED: HEIR TO DARKNESS #1