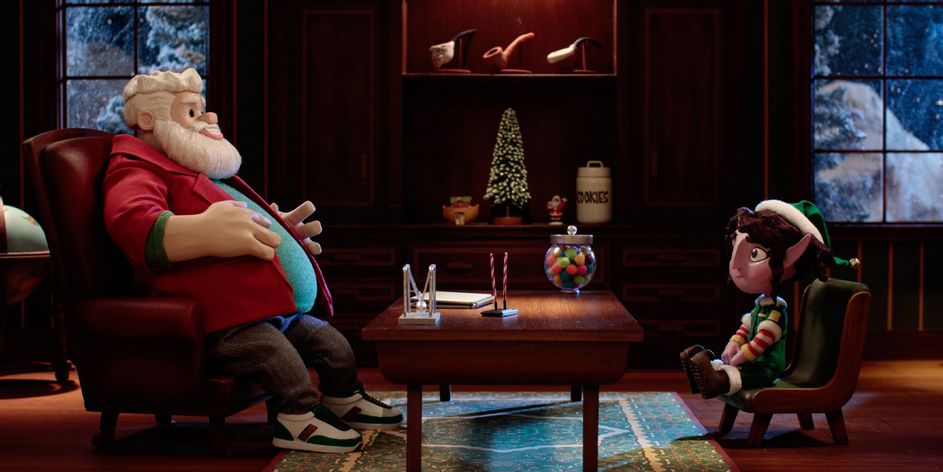 Santa Claus is not only coming to town for the holiday season, but he is also going to be making a stop at HBO Max as the adult stop-motion animated series Santa Inc is set to debut on the streaming series on December 2nd, 2021.

Seth Rogen is set to star in the role of Santa Claus with Sarah Silverman starring alongside him as Candy Smalls. An elf who dreams of becoming the first-ever female successor to Santa. Leslie Grossman will portray a gingerbread woman who is described as “frazzled and loudmouthed.” Also joining the cast is Gabourey Sidibe who will play Candy’s friend and reindeer, Goldie who is an openly bisexual reindeer who is a member of the “B-team” of Santa’s reindeer, but doesn’t receive as much credit as the all-male reindeer “A-team.”

Craig Robinson will voice Junior who is the leader of the so mentioned “A-Team.” and according to the streamer, “He belittles the Reindeer, yells at anyone in his way, uses his fame for no good, gets into fights, humiliates the weak and really has it in for Candy.” Nicholas Braun will take on the role of Devin, who is Santa Inc’s intern and hopes to one day get a job at the company. Maria Bamford will be playing duo roles as she is set to voice Mrs. Claus and also will voice Candy’s mother Big Candy.

The series is slated for eight episodes with Rogen and Silverman serving as producers for the series. The series showrunner will be Alexandra Rushfield. Suzanna Makkos said this when describing the series  “long dreamed of taking a beloved holiday tradition and adding a feminist agenda.” According to Makkos, the series will feature R-rated comedy.

Santa Inc will be produced by Lionsgate Television. All eight episodes will be released at once on HBO Max on December 2. Check out the images below:

Twitch Is Now Available On The Nintendo Switch