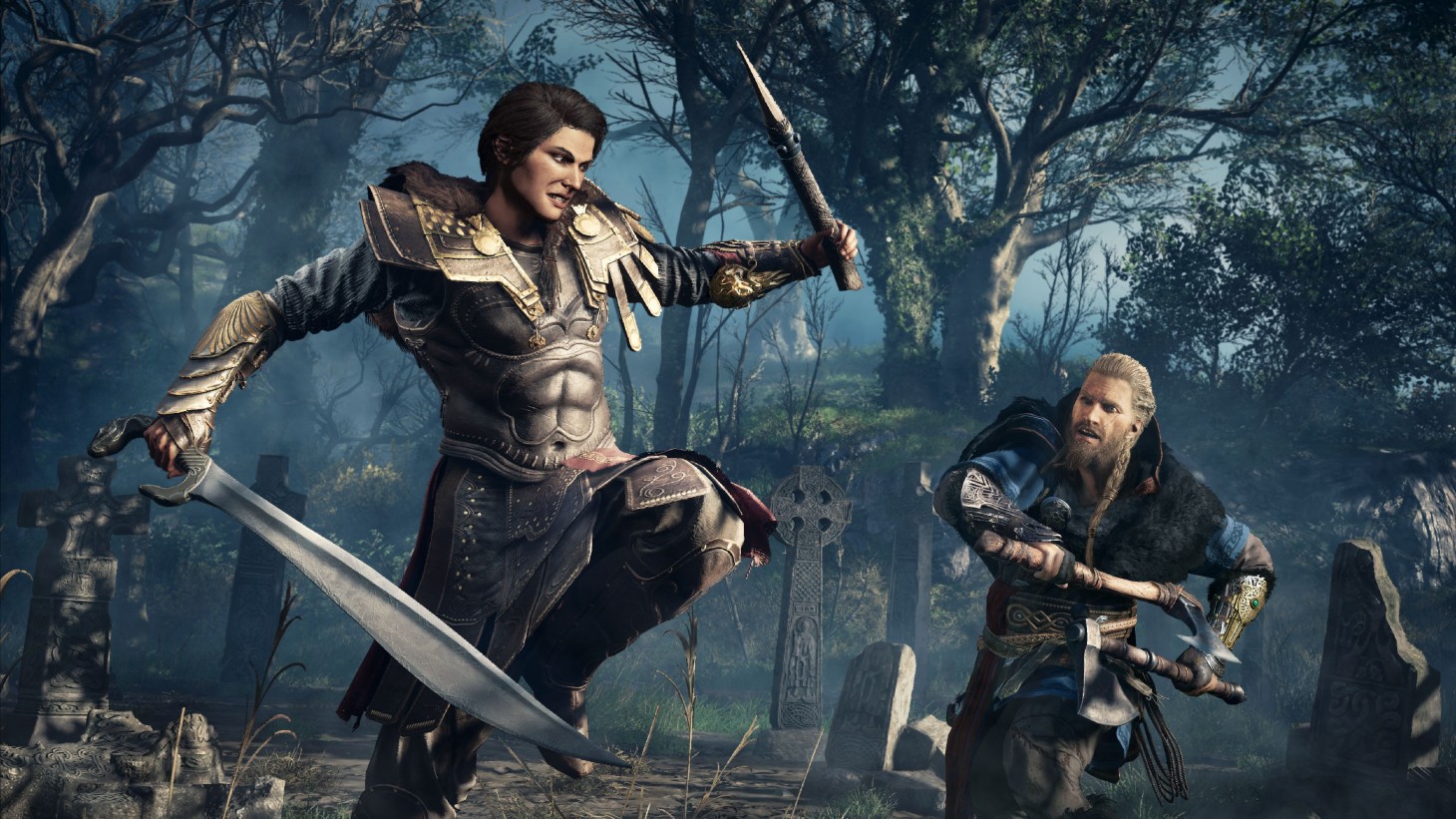 With year one all but in the books for Ubisoft‘s Assassins Creed Valhalla, and the game having turned into the most successful entry in the franchise. The Viking adventures are set to continue as Valhalla is set to cross over with its predecessor and also head into a second year of content.

The Dawn of Ragnarök is set to be a key piece of these plans as a major new expansion dropping on March 10th, 2022 that will add a significant amount of new missions, environments to explore, and even gameplay-altering new character powers.

Before we head into that adventure we do have another piece of content for Valhalla that is set to bridge Valhalla and Odyssey with a new initiative launching tomorrow. The free content update is coming to Valhalla, as well as the previous game in the series, Assassin’s Creed Odyssey on December 14 that unites the two timelines. Odyssey protagonist Kassandra will cross paths with Valhalla protagonist Eivor in a new event called, Assassin’s Creed Crossover Stories.

The event will include a new quest in both Odyssey and Valhalla where the encounter between the two characters will be a playable quest that brings the world of both of these protagonists face-to-face in a collaboration between Ubisoft Quebec and Ubisoft Montreal.

The new expansion will take Eivor to the realm of Norse mythology as the character embraces a new role as the Norse God Odin. In this expansion, Eivor drinks a potion that transports them into the world of Svartalfheim, a mythology-infused world under invasion. Here, as Eivor embraces the role of Odin, they set out on a mission to save their son Baldr. Along the way, the player will interact with Dwarves, Frost Giants, and more creatures from Norse mythology.

The new story will also introduce new abilities that are set to change the way you play the game. One ability allows you to absorb power and abilities from defeated enemies while another will allow you to resurrect defeated enemies and have them fight on your side.

“In Dawn of Ragnarok players will experience what [it] feels like to be a God,” “To harness the powers of defeated enemies is one of the key new additions to the expansion.”

Dawn of Ragnarok is set to bring 35 hours of content to the already massively expansive game and if it reaches that mark it will make Valhalla much larger than any of the previous entries in the Assassin’s Creed franchise. With the new mythology-based storyline, Ubisoft has promised a new arena as well so that players can hone their combat skills against a series of challenges.

This certainly is an impressive array of content coming to Valhalla and with another year planned for the game, it will be interesting to see how deep this mythology-focused narrative will go and how it will affect the next entries in the franchise. Check out the trailer below: